In Sweden is Christmas Eve a big deal. It is the day when families gather to celebrate, exchange gifts and eat lots of food. If you're planning to spend Christmas in Sweden this year, here's what you need to know Christmas Eve.

The Christmas holiday is a time of celebration that has its origins in the pagan celebrations of Midwinter. Midwinter was a time when the darkness of winter was at its greatest, and people celebrated with drink and festivities to honor the gods. One such god was Jólnir, who was associated with Christmas.

When Christianity came to the Nordic countries, the Old Norse festivities were "pre-Christianized"; Christian traditions were introduced into the Christmas celebration and the celebration of the holiday itself was moved to December 24-25 (in the ancient Nordics, the Christmas celebration lasted for a longer period than that, since Christmas was both a month and a holiday celebrated during the darkest time of the year). However, the name "jul" was retained in Swedish and elsewhere. In other languages, the word acquired a Christian meaning, for example in the English "Christmas" (Christ's mass) and the German "Weihnacht" (holy night).

A Christmas present is a gift that is given Christmas Eve or Christmas day. Many believe that Christmas gifts have their origins in the Roman Empire, where during the Saturnalia celebration people gave each other gifts such as baked goods, jewelry and candles (to celebrate the return of light and the sun). The children received small dolls made of clay.

Christianity incorporated these Roman traditions into its own celebration of Midwinter, focusing instead on gift-giving to commemorate the gifts the three wise men gave to the baby Jesus. Why do you get Christmas presents? Christmas Eve? One theory is that in the past it was common for someone to knock on a window or door of a house, throw in a package and then run away. The clapping may be the reason for the name Julklapp.

In modern times, people exchange gifts in many different ways. Giving gifts is seen as a way to connect with family and friends and show them love and appreciation. Christmas presents can come in all shapes and sizes – from small homemade gifts to expensive items bought online or on the high street. No matter what the gift is - it will be sure to put a smile on the recipient's face! Regardless of the gift, Christmas is a time to share love and celebrate. It is a time of joy and goodwill that can be found in every corner of the world. 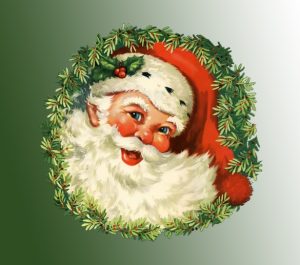 The idea of Santa Claus has been a popular part of the Christmas holiday for many centuries. The story of Santa Claus probably dates back to the fourth century when Saint Nicholas, a bishop in present-day Turkey, became famous for his generous gifts to the poor and needy. Over time, versions of Santa Claus developed in both Christian and secular traditions. In the early 19th century, Clement Moore wrote one of the most famous stories about Santa Claus driving a sleigh pulled by eight reindeer. This version is still widely discussed today and includes both religious and non-religious elements in the story. As our culture continues to evolve, so will our perceptions of Santa Claus, but his place as an icon of Christmastime generosity remains firmly entrenched in our collective history and culture.

Santa Claus is a legendary figure known for bringing joy to children around the world every Christmas. The myth of Santa Claus goes back several centuries to Europe, where it was believed that an old man called Santa Claus would deliver gifts to the good children and coal to the naughty children. Today, Santa lives at the North Pole with his reindeer and an army of elves who tend his workshop. Santa Claus works the same way today as he did hundreds of years ago, but with a few changes: Santa Claus can now use technology such as email and telephones, as well as high-tech sleighs pulled by eight flying reindeer! Santa also has enough help from the elves, who make toys that Santa packs in large sacks and delivers on Christmas Day. Santa is a beloved figure because of his mission to spread joy throughout the year - but no matter how technologically advanced our society becomes, children will always believe in Santa and wait Christmas day with tension.

May your Christmas be merry and bright! Enjoy the spirit of the season and be sure to share it with those around you. We wish you all a merry, safe and memorable Christmas! Merry Christmas!