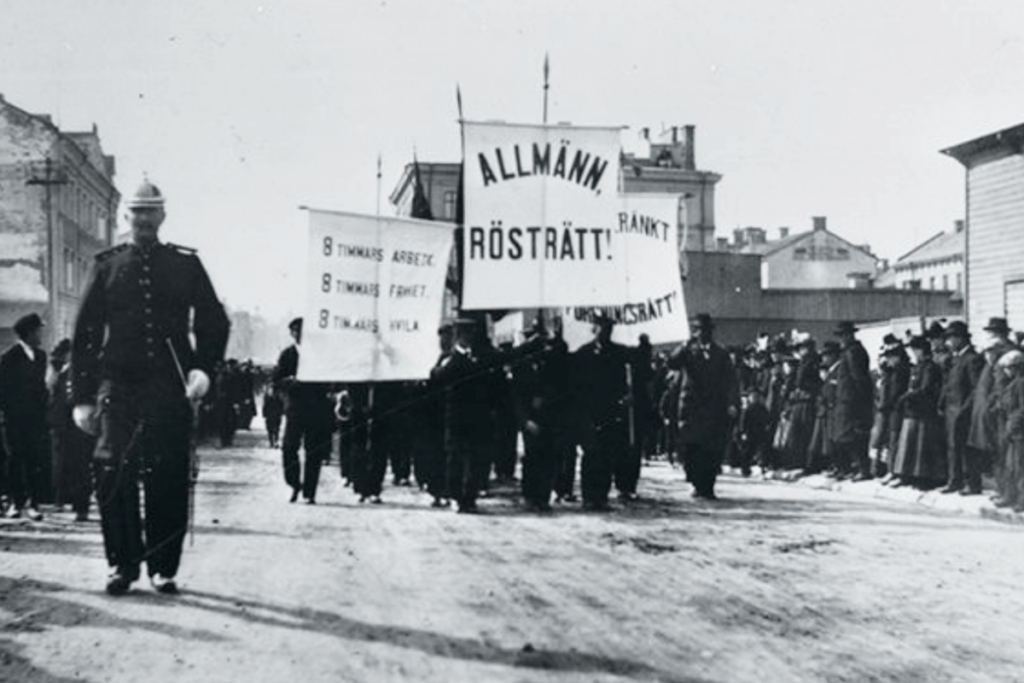 This day has been celebrated since 1890 and stems from the demonstrations of the labor movement. In 1890, the Second International required an eight-hour workday. The Second International was an organization formed in Paris, but the demonstrations also spread to Sweden in 1890. The first of May has been a public holiday in Sweden since 1939. This day is one of the two (together with the national day) festivals that are considered non-bourgeois, ie without connection to the Church of Sweden. The first of May has historically not only been to demonstrate for the rights of the worker, but also for other purposes such as demonstrations of sobriety etc.

Before the Industrial Revolution, May Day was also celebrated as a day, the first day of summer. It was a day when the animals were let out to pasture, the village team chose an elder and they took joint initiatives to review farms, fences and finances. The pre-industrial celebration of the first of May ended with a party, as well as drinking marrow from a bone, to gather strength.

The most notable symbol of the first of May is the cornflower. This was first sold in Gothenburg in 1907. Flowers themselves have a positive, life-giving symbolism. The money from the sale is historical and still goes to charity, in most cases to vulnerable children.

One reason we celebrate May Day is the Haymarket Massacre, which took place in Chicago in 1886. At the demonstration, workers protested for just an 8-hour workday but met strong and violent opposition from police. Overall, the first of May is a holiday that is celebrated a little differently depending on where you are in the country. You choose to party, play games or demonstrate. The overarching theme is at least for the people to unite in a public place in the hope of showing the ruling powers that they have a voice that wants to be heard.