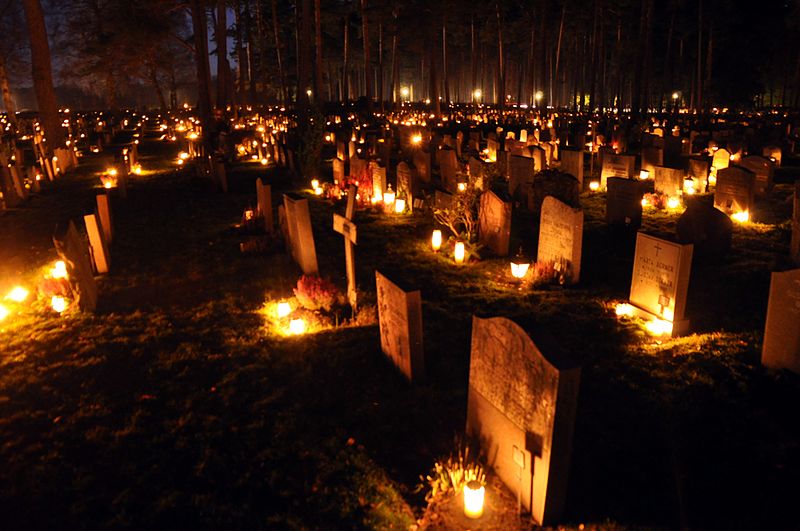 This day is always celebrated on Saturday, which falls between October 31 and November 6. The day after the church is dedicated to paying attention to all the saints, a day of remembrance for the dead. It has long been a custom in Christianity to pay attention to saints and martyrs on different days. All Saints' Day is the day on which all the saints who have not been given a day of their own are noticed and remembered. The reason why all saints and martyrs are celebrated is to strengthen the spiritual bond between the living on earth and the dead who have come to heaven. In this way, the image and belief that there is life after death is strengthened. On this Memorial Day, it is common to light candles at graves in the cemetery. All Saints' Day originally originated from the church, but in modern times it is also common for non-believers to light candles in cemeteries to remember loved ones who have passed away. This tradition began in 1900 and was first noticed mainly in the big cities, and then spread to the whole country. In the Anglo-Saxon countries, Halloween and "all saints day" are celebrated. Halloween originally comes from a Celtic festival where people lit bonfires and wore costumes to ward off ghosts. Halloween always falls on October 31st, while "all saints day" falls on November 1st.

The main symbolism used during All Saints' Day is the light. Every candle that is lit is a symbol of life that shines, comes and goes out. During the season when All Saints' Day is celebrated, it is dark, whereupon the symbolic effect of lighting candles becomes extra strong when the candles stand out and are very clearly visible. Sometimes All Saints' Day occurs at the same time as the Anglo-Saxon tradition of Halloween, which is why many people probably have a hard time separating the two. Halloween is something that is also celebrated in Sweden to a large extent, when children dress up and go on "mischief or sweets".